In an attempt to contribute to the discussion about the burning issues in global society and possible futures, we felt that a small Gardens installation could add colour and life to the tents of St Pauls. 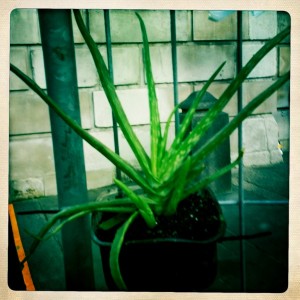 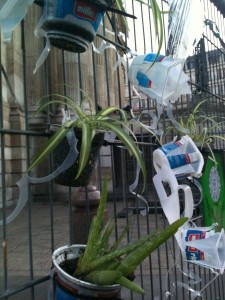 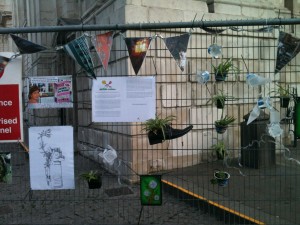 What options do the plants have when all the soil has turned to rust?

By the time the population had reached 8.6 Billion in 2025, food shortages were inevitable. Even in affluent countries there just wasn’t enough produce to feed everyone. But the rise in population alone can’t be blamed for the famines and resulting wars.

Climate change ravaged many countries leaving large areas of the planet uninhabitable whilst simultaneously killing off much of the indigenous plant life. Large biotechnology corporations tried to combat the environmental changes and flooded the food chain with their GM seeds and engineered crops. Unfortunately the Plague™ that they sent to wipe out the ‘competition’ did just that, and at the end of the last decade Plague™ was the death knell to what was left of natural vegetation. The ensuing years brought starvation and fighting more bitter than humanity had ever seen as the swelling population fought over ever-decreasing supplies, all set to the multinationals prices. 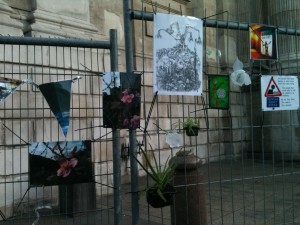 It had looked bleak after those harsh years. Those of us who had hidden highly illegal seed banks passed on the knowledge of organic germination by word of mouth for fear of imprisonment. There was talk of rouge genetic scientists trying to use chaos-chemistry to re-engineer modified crops back into organic life cycles. These cells of dissidents were known as Pharmers, but for a long time they seemed to be nothing but an urban myth.

Then, in the spring of 2027, optimistic reports started coming in from intensive dumping regions. Amongst the exatonnes of domestic and urban waste that filled the lands, strange hybrid life was beginning to flourish. It appeared that the slowly decomposing rust and plastics had become fertiliser for new species of plants and insects. Over that summer amazing specimens started to find their way into the secret circles of underground gardeners and propagators. Nature was finding a way to continue her fight. Hardy plants pushed their way through the cracks in the urban landscapes and amongst the rubbish mutated organisms found root. There was even a rumour that in parts of the orient Pharmers had created AI ‘Gardeneers’ to tend the toxic paradises. 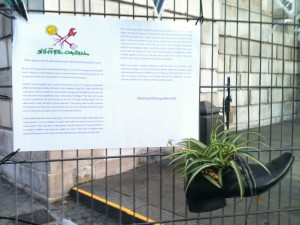 Where-ever possible clandestine gardeners joined the forces of the Pharmers and Gardeneers and began to nurture these synthetic gardens; helping to re-establish a yearly cycle allowing the pockets of wildlife to thrive on their own terms. We hope that in time these new species will provide a much needed solution to our global food shortages. Humanity itself depends on the future of these Synthetic Gardens. 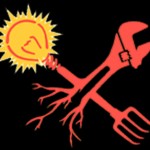 One thought on “Tipping Point Ahead”